​​Their first project would be the F-1, the world's largest seaplane, able to carry 10 passengers. The brothers hired Jack Northrop, a 20-year-old draftsman, to work on the project. The plane successfully flew in 1918 and the brothers soon received a request to build flying boats for the Navy. The Loughead’s success in producing the F-1
led to a Navy contract to produce the Curtiss HS-2L flying boat. After World War I, the company devoted its energies to the S-1, a single-seat biplane for civilian use. It was supposed to be inexpensive, but after spending $30,000 developing and building it, the plane's $2,500 asking price was too much for the typical plane-buyer. Financially strained, Loughead Aircraft closed in 1921.

Malcolm Loughead quit the aviation industry, moved to Detroit and became successful with a hydraulic-brake system he developed for cars. Tired of his name being mispronounced "Log-head," Malcolm officially changed the spelling to match its pronunciation. He called his new company the Lockheed Hydraulic Brake Company. In the meantime, Allan became a real estate salesman, while Jack Northrop moved on to work for Donald Douglas.

In 1926, Allan Loughead and Jack Northrop reunited. They secured the money to form the Lockheed Aircraft Corporation - specifically incorporating the "Lockheed" spelling to associate themselves with Malcolm's successful brake company. Using their innovative construction of a single bodied hull from their earlier creation, the S-1, they produced an incredibly successful high-speed monoplane, the Vega. With a range of one thousand miles, a cruising speed of 185 miles per hour and capacity for six people, the Vega quickly became a popular choice for many of the world's top aviators, including Amelia Earhart and Wiley Post. 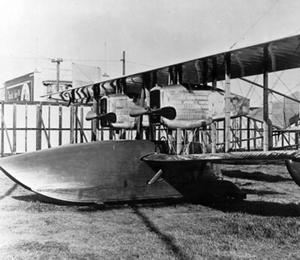 Jack Northrop left Lockheed in 1928 to start his own successful aircraft business. The following year, Allan Loughead sold the company to the Detroit Aircraft Corporation. Shortly after being sold, Lockheed Aircraft went bankrupt, unable to stay afloat during the Depression. In 1932, an investment financier named Robert Gross, purchased the company and salvaged the Lockheed name. Over the next few decades, the Lockheed Air Corporation would continue to develop innovative planes such as the economical Electra and the high-performance Constellation.

Allan Loughead, like his brother, legally changed his name to Allan Lockheed in 1934. He went on to form two other aircraft manufacturing companies in the 1930s. Both were unsuccessful. After WWII, he continued his career as a real estate salesman while occasionally serving as an aviation consultant. His love of flying never diminished, though, and Allan Lockheed kept an informal relationship with the Lockheed Air Corporation until his death in 1969. 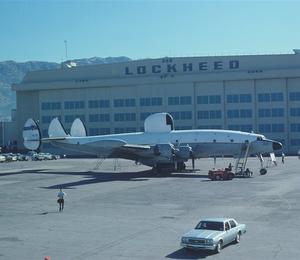 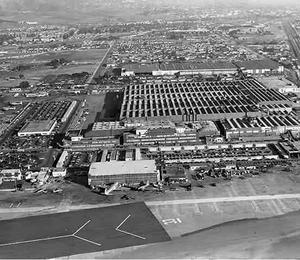 ​The story of Lockheed Aircraft begins wi​th Allan and Malcolm Loughead. The brothers first became fascinated with aviation after witnessing several glider demonstrations. In 1910, Allan began work as an airplane mechanic and shortly thereafter learned how to fly. When Allan returned to San Francisco in 1912, he and his brother, Malcolm, decided they might be able to make money flying people in planes.

Borrowing $4,000 from a local cab company, the Loughead brothers built their two-seat flying boat, the Model G. in 1913. The ten-dollar fee the brothers were charging for a plane ride was apparently more than most people were willing to pay. Unable to make payments, the creditors seized their plane. For the next two years, the brothers tried every scheme possible to earn the money to get the plane back - even panning for gold. Eventually they succeeded and the brothers brought their plane to the Panama-Pacific International Exposition in San Francisco. The huge crowds there enabled the brothers to find plenty of willing passengers. With the small fortune they made at the exposition, the brothers moved to Santa Barbara and started the Loughead Aircraft Manufacturing Company in 1916.​